Hi everyone! My name is Antonio Elters and I am a rising senior here at Stevens. I am a Business and Technology major with concentrations in Economics and Biotechnology and I am also Pre-Med. Stevens has an amazing community of students and staff. Many people here are willing to help you in various ways from moving into your new dorm, to homework to finding which clubs are right for you. We have a very inclusive and friendly culture that you can definitely see the more you attend Stevens. Our university has some cool history as well. We used to be an all-male university and some of the students used to live on a ship docked in the Hudson River called the S.S. Stevens (pictured below). Our university was the first to offer a degree in Mechanical Engineering in the United States as well! We have a deep rooted history in Hoboken, being that Edwin A. Stevens owned all the land that we know as Hoboken today. 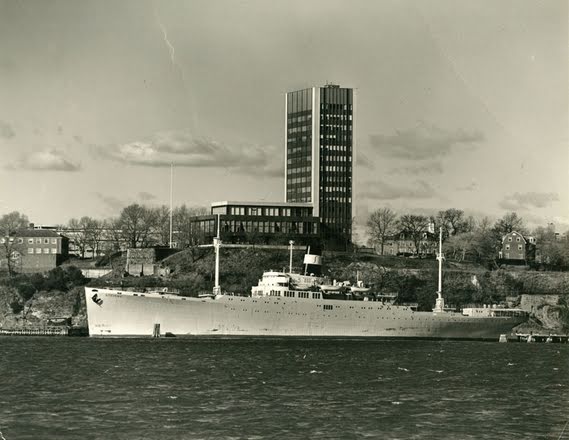 When inventor Edwin A. Stevens died in 1868, he left a large sum of money in order for his family to start a university that bears his family’s name. In 1972, Stevens opened its doors for women and in 1982, it was the first university in the US to require its students to own a computer, always being ahead of the curve in technology. Since its inception is has grown to be a top tier university with all sorts of majors. There have been many famous and esteemed alumni to come out of Stevens with the inventor of the modern day Email being a Stevens graduate, as well as the inventors of bubble wrap and the Gantt chart. One of our alumni has also receive the Nobel Prize for his discovery of the Neutrino which validated the Big Bang Theory! If anyone watches tech Youtuber MKBHD, he also attended Stevens! This university has a rich history and we are only making more history as the days go on.

Being a part of the Stevens community is a wonderful experience. There is so much that is included in our community from clubs and professional societies to commuter student organizations to music groups and everything in between. It is an eclectic group of students with varied interests so there should be someone to connect with when it comes to your interests. There are also many different ways to get involved within the Stevens community. I am a Peer Leader (as you can see) which is a great way to connect with new students as well as the other Peer Leaders and the school’s administration. I am also a tour guide which allows me to talk about Stevens and showcase all the amazing things about this university and I get to learn a bunch of facts about the school (like the S.S. Stevens). Being the president of the Middle Eastern Student Association also allows me to immerse myself in the community and interact with all sorts of students and educate and promote Middle Eastern culture. There are many more ways to get involved in the Stevens community, I just named a few that I chose to be involved in. No matter what you choose to get involved in, everyone is extremely kind and inclusive, so have no fear, just get involved!

I would say my favorite part of the Stevens community is the opportunity become so rooted in the community. Because Stevens is small, it allows students to truly connect with faculty and administration as well as other students. It is a very friendly environment and many professors and administration have open doors. This allows for more opportunities to start clubs at Stevens, or allow you to build connections that can lead to career and research opportunities. Students at Stevens are students, not numbers, and I think that is what makes Stevens an amazing place for everyone that attends. It truly makes you feel part of a community and that has to be my favorite part.